There are varying types of chromatography that are used throughout a number of industries including the hemp and cannabis extraction industry. Some of those methods are tailored for specific purposes while others are efficient for a number of purposes. As it is used for testing, and separations, the types of chromatography used in the extraction industry are becoming essential to ensure a safe and effective product.

There are nearly a dozen commonly used methods of chromatography, but some are more common than others. Let’s take a look at some of the most common types of chromatography, what makes them different, and where they are used in a number of industries:

In gas chromatography, the mobile phase used is in the form of an inert gas such as helium or nitrogen. The stationary phase is a minute layer of liquid inside a tubing called a column. This form of chromatography is used most often for separating chemicals in a complex mixture. Gas chromatography is frequently used in pharmaceuticals, cosmetics, and forensics due to the ability to operate with volatile compounds.

Thin-Layer chromatography is a common chromatography method most often used for the separation of organic compounds. The stationary phase of this chromatography type uses a thin layer (hence the name) of adsorbent material like a silica gel or aluminum oxide on what is called a carrier sheet. The solution inside of the mobile phase is then pulled through the plate using a capillary action that separates the solution. Because this is such a simple form of chromatography, it is ideal for studies that are limited in resources and is a great method for testing cannabinoids and other plant compounds.

Paper chromatography is a chromatography technique for separating and testing mixtures using pigment or color. This is also commonly referred to as two-way paper or two-dimensional chromatography. This form of chromatography uses two solvents and paper as a stationary phase. As the compounds in a solution separate, they will be indicated in different colors in bands on the paper. 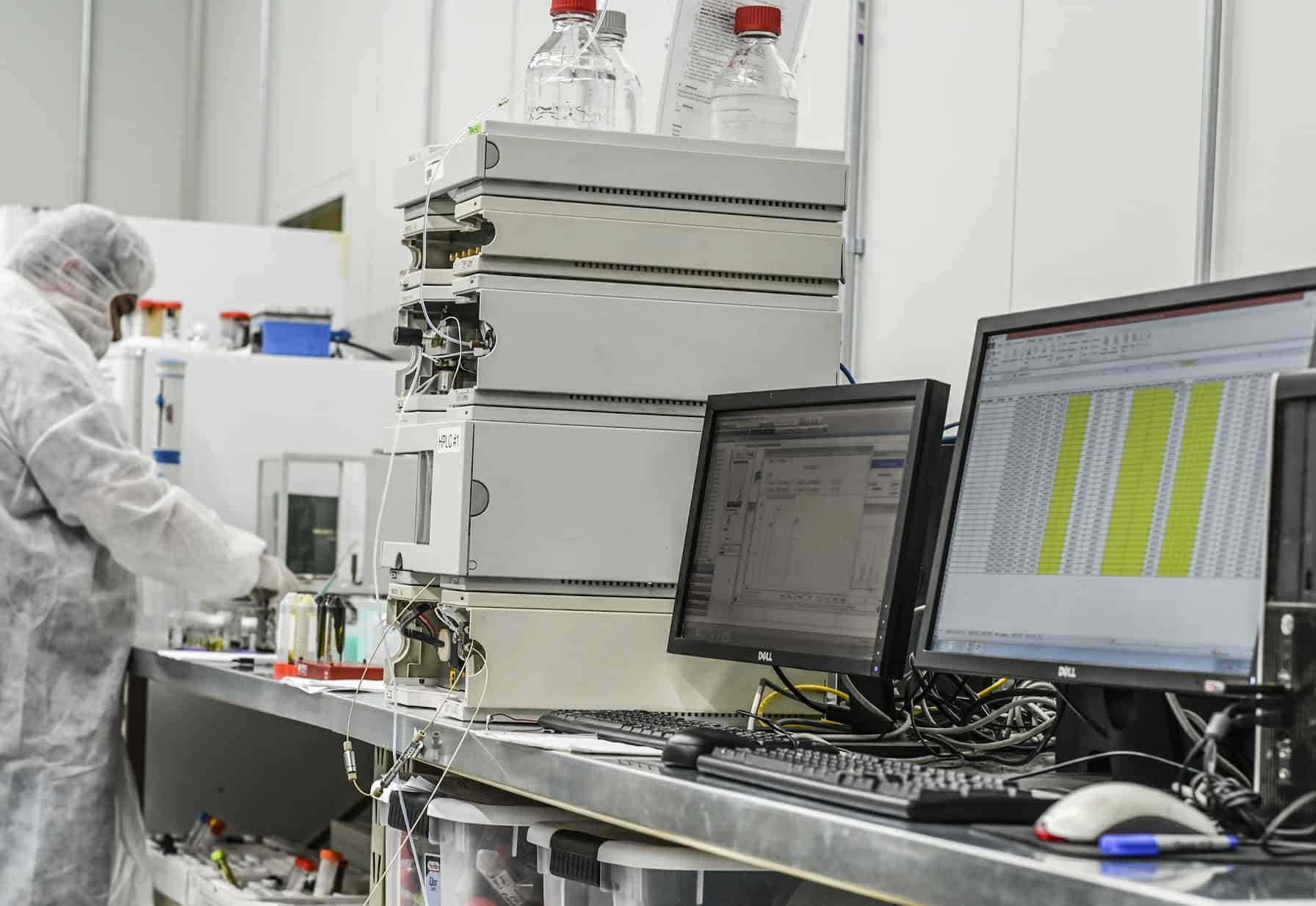 What is Stationary Phase?

Starting a Botanical Extraction Business? Check out our Calculators and to analyse costs, estimated revenue, yield, initial investments and important metrics for your extraction business. 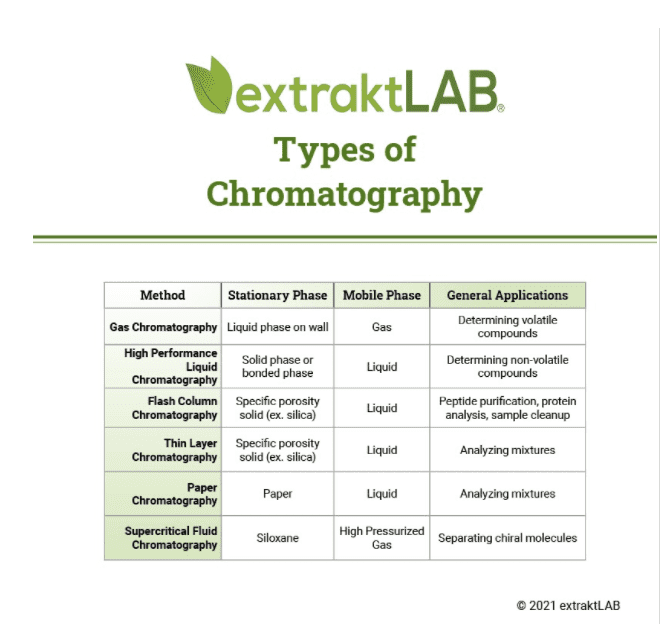 As an answer to the market desire for high throughput, large-scale preparative chromatography solutions, extraktLAB’s pure99 is the pinnacle of high-performance liquid chromatography technology. Compared to the throughput of other HPLC systems, the pure99 has a throughput of .05-2kg of broad spectrum hemp extract per hour. What makes this production rate even more efficient is that it includes solvent recovery time that is recoverable by the system.

The integrated solvent recycling system is a major factor in the ability to scale up as previous large scale chromatography solutions are not capable of handling. The way the pure99 performs efficient solvent recycling is by using a falling film solvent recovery system similar to our fracTron-1000. As you scale up, this system creates a solution to large scale solvent loss issues that would be prevalent with any other chromatography solution on the market.

Bridging the gap between scalability and solvent recovery has been the primary issue for creating large-scale HPLC solutions in the hemp and cannabis industry. By integrating the technology of the pure99 into a full scale separations system of this size, the possibilities of cannabinoid isolation for higher scale production is much more manageable making it the ideal solution for operations intending to make large quantities of CBD or other cannabis based products without sacrificing productivity.

We have the perfect como separar cbd de thc machine for small, medium and large producers. Our model line makes it easy for you to scale your operations while keeping your operating costs at a minimum.