There are a number of organic solvents that are frequently used in the hemp extraction industry, but are they all equal? This article will compare and contrast the common organic solvents used in the extraction industry and display their potential benefits and detriments. We will also uncover a looming, little discussed issue gaining popularity in this business: denatured ethanol. 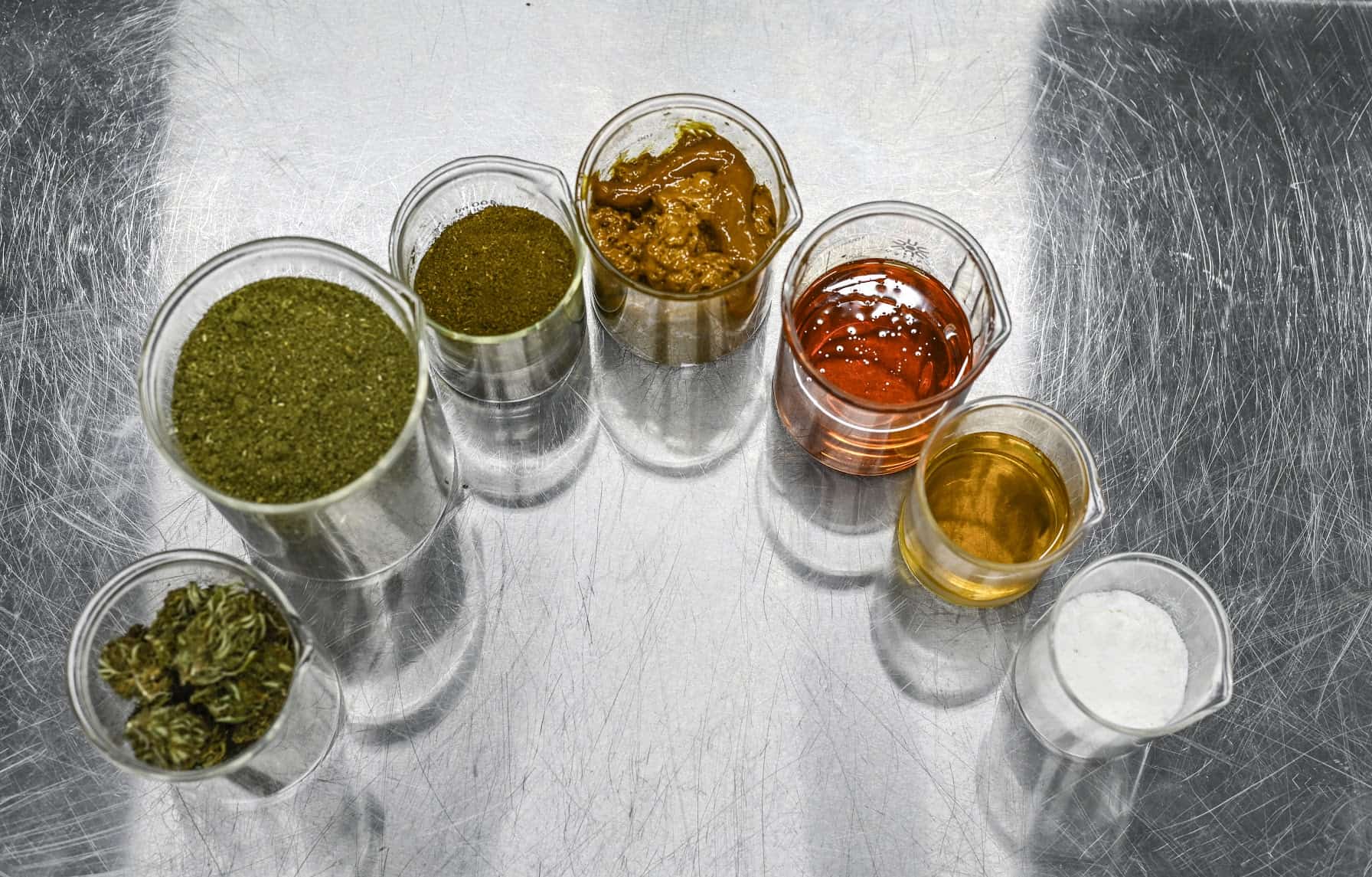 The CBD industry is reliant on the extraction of this particular cannabinoid so that it can be formulated into various products like tinctures, vaporizer pens, balms and lotions, and more. While there are a number of ways to accomplish this, each solvent has potential benefits and downsides when used in any extraction setting.

For this reason, it is important to take a careful look at these solvents to determine which is the best for a given extraction setting. By comparing these organic solvents, producers can make a thoughtful choice in their extraction business that will allow for a safe, profitable extraction operation.

Types of Organic Solvents Used For Extraction of Hemp

A solvent removal process is only necessary if it is present in the sample after extraction.
Most common organic solvents include ethanol, butane, propane, and CO2. Relevant organic solvent properties are included in the following table:

As can be seen from the chart, each organic solvent has its unique characteristics and therefore has different advantages and disadvantages as an extraction solvent. One of the key differences is the state that the solvent is in at room temperature and pressure.

Depending on the volume of ethanol stored and deployed during an extraction, specially certified equipment and facilities may be needed for solvent recovery operations. Ethanol has a low vapor pressure and therefore is not as prone to vaporize compared to CO2, butane or propane. In the case of ethanol extraction, the hemp extract is a highly diluted, volumous mixture of oil and ethanol.  That ethanol mixture is considered a class IIB solvent that is a Category 2 flammability hazard.

A typical rule of thumb is that the maximum amount of ethanol that can be left in the extract is 5000 ppm if it is to be used as an ingredient in a formulation.  In practice, organic solvent recovery is deployed to remove the bulk of the solvent so that it can be further processed by a wiped film evaporator.

This is in stark contrast to CO2 which does not require a special post CO2 removal process due to CO2’s high vapor pressure (45,600 mm Hg) at room temperature. The CO2 may be safely vented or recompressed for reuse.  Due to the fact that CO2 is not flammable, no precautions other than a Co2 meter and exhaust are required to be deployed for venting on a CO2 Extractor. If the extraction facility is located near a greenhouse, the CO2 may be incorporated back into biomass by venting into the greenhouse. 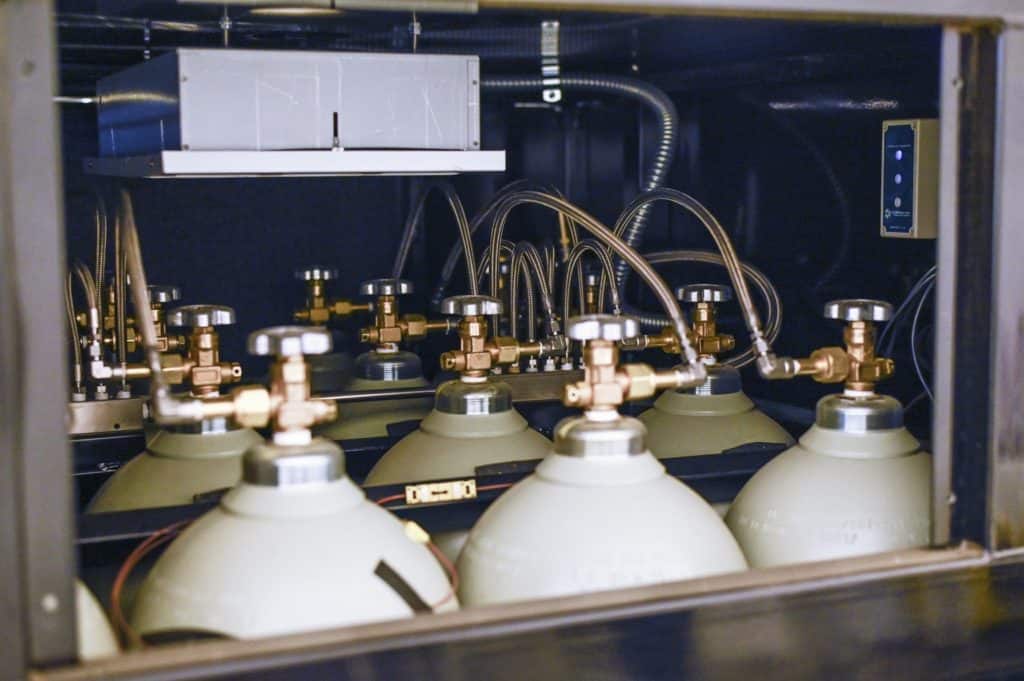 Similar to CO2, Butane and propane also has a high vapor pressure (1830 mmHg) compared to ethanol but due to sluggish transport through the viscous extracts, butane extracted resins often have high butane residuals. These extracts therefore often undergo post extraction vacuum distillation by placing the extract in a vacuum oven.

What is Denatured Ethanol, and Can I use it for Extraction?

Denatured ethanol is a mixture of denaturants (heptane) and pure ethanol. Chemical companies add the denaturant to pure ethanol so that it will not be consumed as a food without paying excise taxes. Denatured Ethanol extractors use it to reduce the costs associated with ethanol losses.

A wide variety of denatured ethanol recipes are published by the TTB that is administered by the National Bureau of Alcohol Tobacco and Firearms. One of the most common denaturants used in ethanol extraction is heptane. However, there are other substances that may be used including acetone, isopropyl alcohol, methanol and other longer chain alcohols.

One advantage that dilution with heptane has over other recipes is that the ethanol and heptane can be separated fairly easily due to the large differences in boiling points. There are still residuals to consider here but clearly the operator can avoid a major cost associated with food grade ethanol by distilling denatured ethanol and the distilled ethanol in the food grade process. The limiting factor to consider in this kind of distillation operation is the solvent reuse guidelines given by the FDA as outlined below. 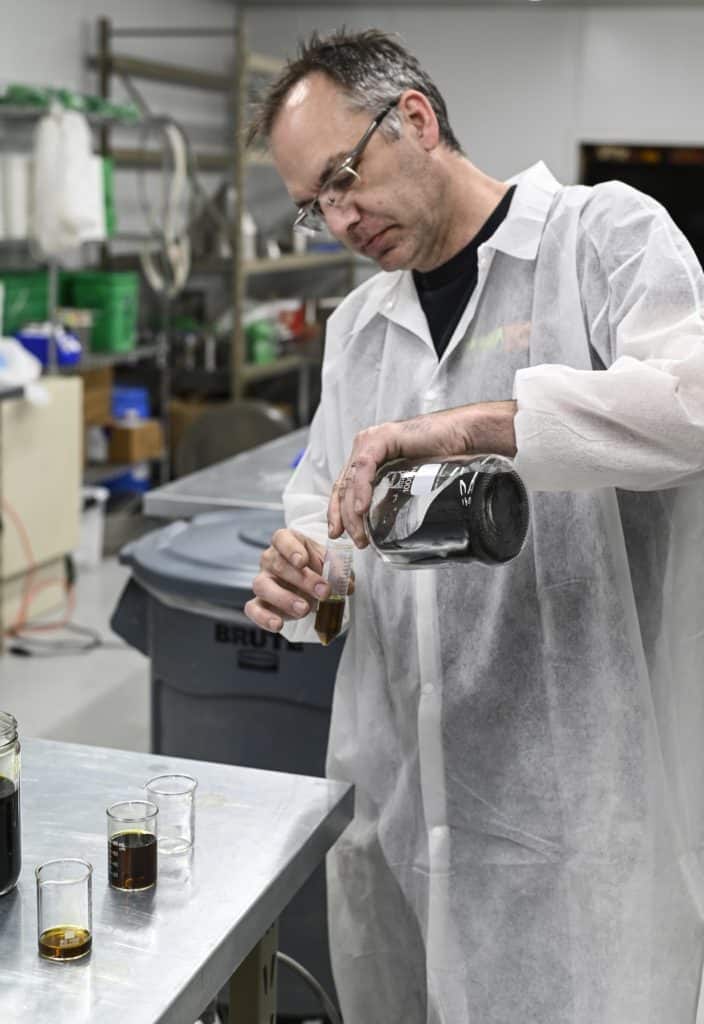 The other key consideration for the use of denatured ethanol in an extraction process is chemical contaminants known as residuals. Residuals will always be present even with a pre-distillation process as described above. However, the residuals may be so dilute as to be considered “trace” components. Chemical manufacturers insist that their denatured ethanol products are safe and approved for food production but they have no data that establishes its safety.

For example, there is NO data on the safety of heptane over long term human exposure. NIOSH has published many warnings on the exposure of heptane and has warned that occupational hazards are unknown. The FDA has advised that chemical contaminants should be limited as much as possible and generally accepts the guidelines outlined in the USP <467> that limits these class 3 chemicals to a maximum of 5000 ppm. The limits established in the 1990s by the FDA/USP recognized that there was not sufficient clinical data available to limit its presence in drugs. So, they agreed to 5000 ppm.

In support of their decision, they cited a single study published in 1981 on the effects of heptane exposure on ten Sprague Dawley rats. Based on this information for heptane and other similar information for other solvents, the FDA agreed with the global pharmaceutical manufacturer’s associations to solvent limits for three classes of solvents. That is why there are many disclaimers about the unknown effects of these solvents. The bottom line is that the effects of residuals may be unknown and the buyer of the products that have residuals should be aware that residuals may be present even if they are not reported as actionable by USP <467>.

As discussed, residual chemical denaturants in any consumable product are questionable at best, and dangerous at their worst. This makes the common practice of CBD extraction using denatured ethanol a potential health risk for those who consume these CBD products on a regular basis as they are intended to be used. So, what is the alternative? Is there a safer extraction method to look for on the market?

Supercritical CO2 extraction is a very effective, cost-effective, safe method for CBD extraction. This extraction method carries no risk for residual chemical denaturants as opposed to denatured ethanol extraction making it the safest choice for consumers, and the most efficient choice for producers. So, while there are a number of organic solvents that can be utilized in creating CBD extract products, it remains clear that denatured ethanol carries the highest risk, while CO2 remains tried and true.