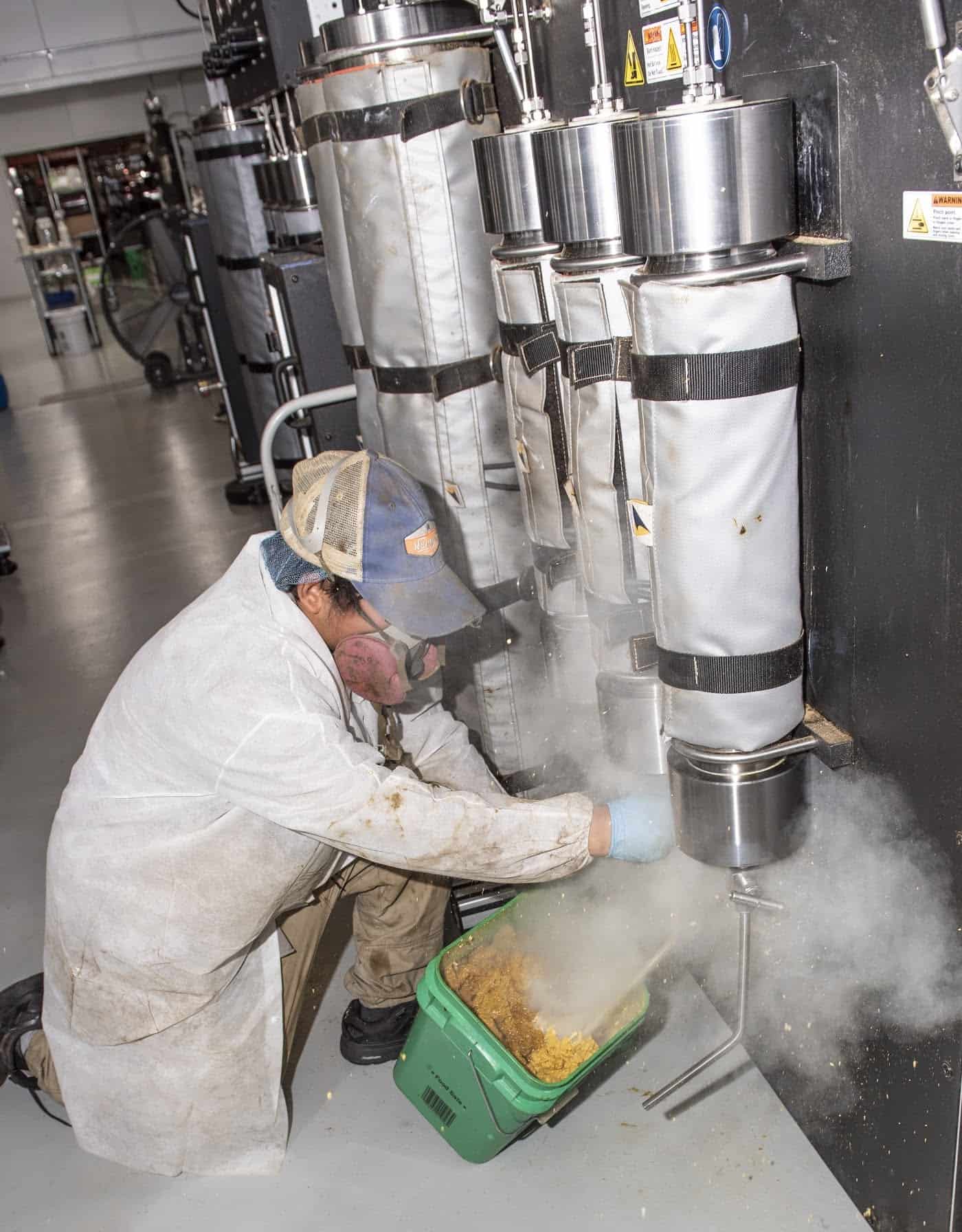 Risk Assessment of Chemical Residues between CO2 and Ethanol

Solvent Loss as a Key Cost Driver in Ethanol Production

Other Key Comparisons Between Extraction Methods

Ethanol has been used as a solvent to extract essential oils from botanicals for centuries. Recently, ethanol has been used to extract the cannabinoids CBD and CBG from hemp. Ethanol is an attractive solvent because it is readily available in commercial quantities and relatively inexpensive in a denatured state.

There are two main categories of ethanol: denatured or food grade. 200-proof food grade ethanol is pure and contains very little water. Denatured ethanol is typically 196-proof or less and contains added chemicals known to be detrimental to health. Most licensed processors of hemp employing ethanol extraction use denatured ethanol to greatly reduce the cost of operation, but do so without knowing how this impacts the public.

This article compares denatured ethanol vs. CO2 as an extraction solvent. We discuss chemical residue contaminants, testing issues, solvent reuse, and solvent revalidation requirements. We also discuss and compare solvent loss costs for the two extraction techniques and show how solvent losses can contribute to high operating costs. Finally, we present a comprehensive comparison of ethanol and CO2 as extraction solvents.

Consumers demand the highest purity for all ingestible products. Consumers want products to be safe and free of any health harming chemical residues. This is especially true when a remedy is claimed to be derived from a natural botanical source. The dirty little secret in the hemp industry: natural CBD products might not be so healthy.

- Dr. Jon Thompson
Residual chemical impurities used to denature ethanol can contaminate CBD oil. Denatured ethanol is governed by the Bureau of Alcohol Tobacco and Firearms in the United States and similar agencies in Europe and Canada. Approved denatured recipes include harmful chemicals such as heptane, hexane, methanol, butanol, and distilled mineral spirits.1

Denatured ethanol is chosen by manufacturers instead of food grade ethanol in order to avoid expensive excise taxes. Even though most of the chemical impurities are claimed to be at “safe” levels as described by the United States Pharmacopeia (USP), chemical residuals are still measurable in the CBD oil. These residual chemical contaminants can be harmful to human health. There are more than fifty different denatured ethanol recipes available for hemp extraction, all of them containing solvent health hazards.2 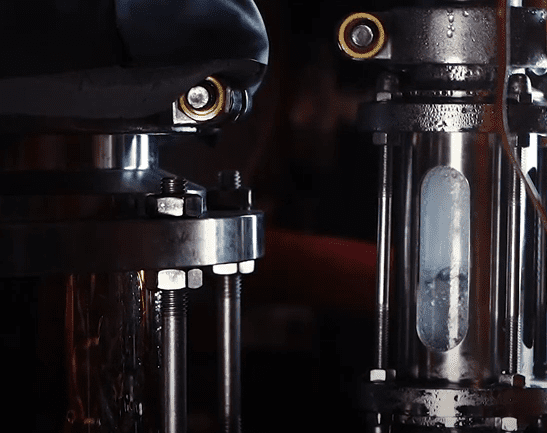 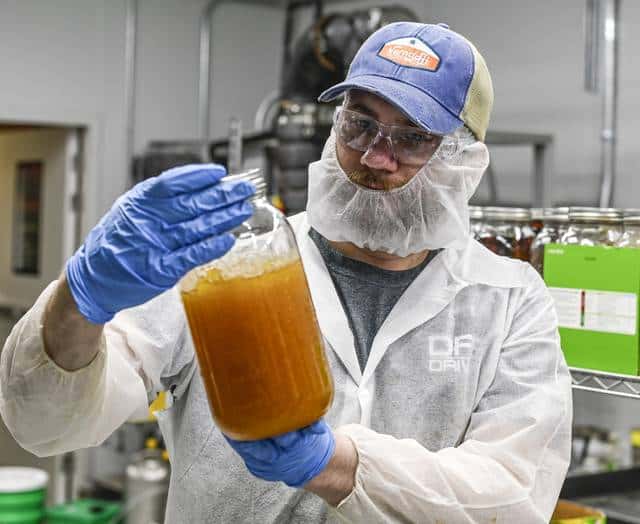 In the hemp and botanical industries, third-party lab tests are used to measure and control the quality of wholesale and retail consumer products. Unfortunately, many of these “standard” quality tests are conducted by labs without having first-hand knowledge of the added chemicals in denatured ethanol, these chemicals are labeled “unknowns”.

The quality of the denatured ethanol used in extraction affects the end product. These generic tests only address a portion of the potential denatured ethanol chemical residues. This is why the International Council for Harmonization (ICH) Q2 specification requires unknowns be identified and assessed in order for a test method to be valid.

“Standard” tests can miss chemical contaminants present in the sample, giving a false “chemical residue free” test result. By adjusting and validating a single “standard” test method to address other possible contaminants, the consuming public doesn’t need to be misled or potentially harmed.

Consumers may have a false sense of product safety when consuming ethanol-derived extracts supported by “standard” lab tests. Without scientific training, denatured ethanol extraction manufacturers may even brag their CBD has LESS residue than their competitors.3

Why should a natural product have ANY unnatural chemical residues? It is our belief, backed by growing consumer awareness, manufacturers should be required to disclose low-level chemical contaminants and residuals in their products.

Risk Assessment of Chemical Residues between CO2 and Ethanol

Chemical residues are entirely avoidable using CO2 extraction techniques. CO2 is a pure solvent because it does not use chemical denaturants. There are several different grades of CO2 including industrial, food, and medical grades. Food grade CO2 is pure and inexpensive compared to ethanol. (Specifications areav ailable from the Compressed Gas Association and Certificates of Analysis from all CO2 providers.)

The following table examines the pros and cons of ethanol vs CO2 as a solvent.

Highly publicized events such as the vaping crisis are quickly raising consumer awareness about the purity and safety of hemp and botanically derived products. The growing consumer preference for CO2 extracted products is expected to quickly accelerate as the FDA defines the health and safety requirements for the industry.

Beyond health and safety concerns, there are many hidden costs of ethanol extraction. These need to be considered before making a large investment in manufacturing equipment and facilities. These include the following: 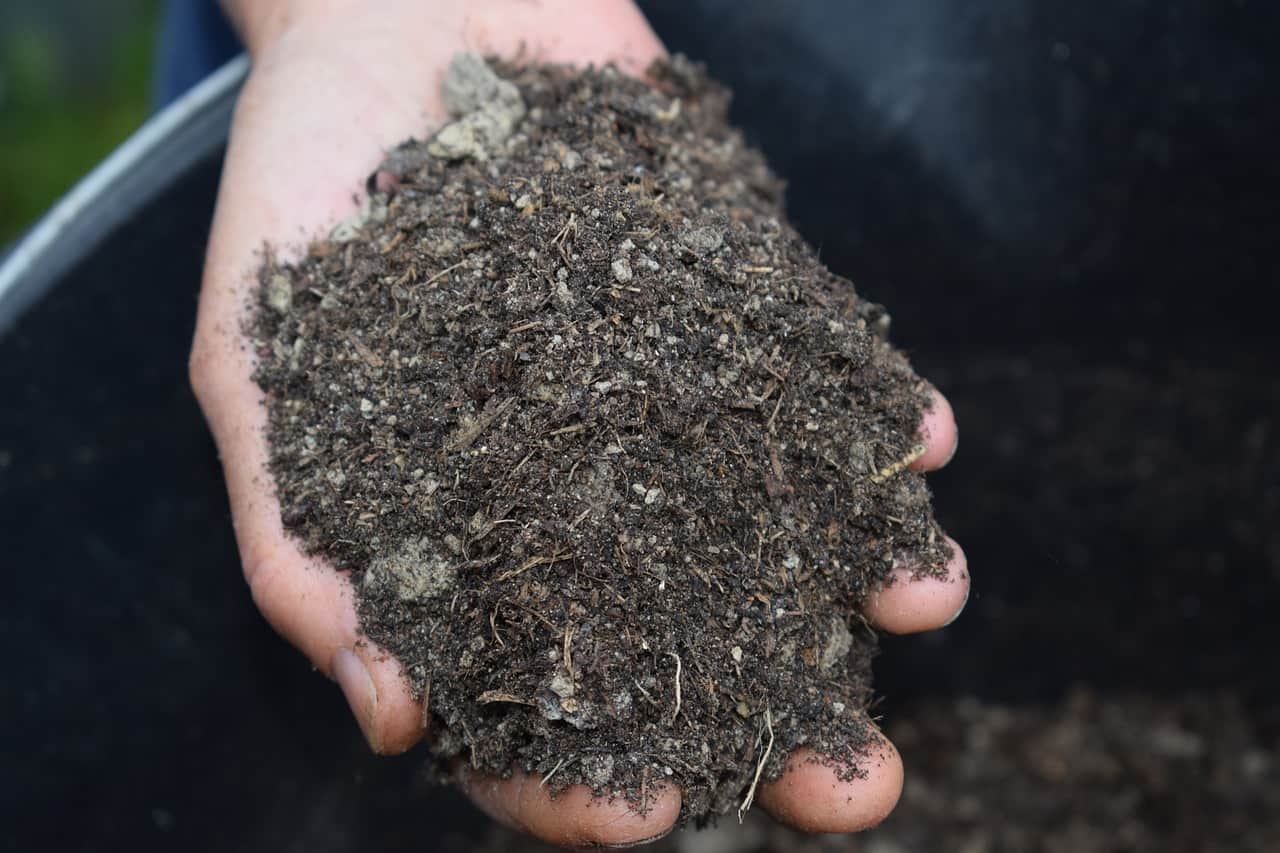 We will focus on two hidden costs in the following paragraphs. These include solvent recovery/loss and solvent revalidation. The former has a huge impact on operating cost and the latter is driven by Good Manufacturing Practices (GMP) compliancy.

Solvent Loss as a Key Cost Driver in Ethanol Production

Companies choosing ethanol extraction methods often do so because the cost for ethanol equipment is attractive. But, ethanol extraction also carries the highest operating costs for many reasons. Table 2 shows poor ethanol recovery from extracted biomass translates into a significant loss of solvent and added cost.

Ethanol extraction leaves chemical residues in the extract and costs significantly more to produce compared to CO2 extracts when all the hidden costs are understood.
- Dr. Jon Thompson

Table 2. Estimated Difference in Solvent Costb,c for a 1-ton per day Ethanol and CO2 system.

Solvent revalidation is the sampling and testing of a solvent once it has been used, recovered, and reconditioned to show it is suitable to be reused. According to the USFDA manufacturing guidelines published in 20108 , solvents “have no therapeutic benefit” and any solvent used in the manufacturing process must not show an increase in contaminants over time when reused. This means, in order to show contaminants have not built up, it is the manufacturer’s responsibly to test and demonstrate the lack of contaminant concentration over sequential extraction cycles.

By using headspace GC-MS, it can be easily demonstrated, a solvent can only be reused 10-20 times before it needs to be discarded for fresh solvent. This is determined by looking at the residues, denaturants, pesticides, and insecticides extracted from the solvent concentrates.

Since it is inevitable for contaminants to build up with repeated use from batch to batch, solvent reuse carries either: a high cost of testing and remediation or frequent solvent changes with fresh solvent. Either situation has a major impact to the overall cost effectiveness of ethanol as an extraction solvent. Indeed, the only way to eliminate this cost and make ethanol extraction manufacturing profitable, is to forgo testing and prolong the reuse of the extraction solvent while the concentration of contaminants rises. 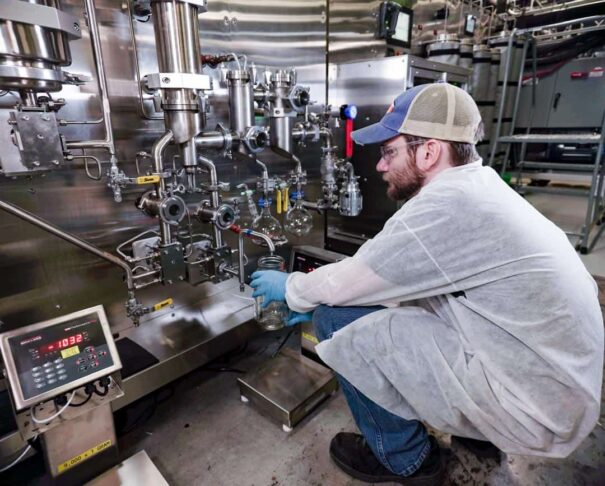 Other Key Comparisons Between Extraction Methods

There are many other factors contributing to these hidden ethanol extraction costs. The following table compares the pros and cons of ethanol and CO2 extraction machines, processes, and methods:

In a subsequent article, we will explore and estimate the magnitude of these additional hidden costs.

In conclusion, ethanol extracts carry with them known and unknown risks related to prolonged and repeated exposure to the unnatural denaturant chemical additives used to make ethanol affordable. Although these chemicals are often removed to “safe” levels, they are 1) not fully removed and 2) not generally tested for “safety” with validated methods, but rather general methods.

Health dangers of such additives are well documented (but only partially understood) in the context of cross factors including age, health, drug interactions, effects on the brain, effects on cognitive and emotional function, and susceptibility to negative health consequences. Solvents such as methanol, hexane and heptane are given a “pass” based on extrapolations of rat studies by the same agencies scrutinizing CBD as a drug. It is our opinion that all unnatural contaminants should be listed as ingredients– even when they are evident at so-called “safe” levels.

Marginally higher capital cost is no excuse for the risk of compromising public health. CO2 derived hemp and CBD oils are widely regarded as the highest quality and chemical residue free oils produced. Tables 2 & 3 show CO2 extraction has advantages over ethanol as the extraction media in every compared factor, except capital equipment cost. Drastically lower operating costs are a key benefit of CO2 extraction. Over time, lower operating costs accumulate and will continue to build value throughout the life of the equipment.

extraktLAB manufactures and sells both ethanol processing equipment and supercritical CO2 extractors. The views expressed in this white paper are meant as a guide and a starting point to help investors and potential manufacturers obtain the information they need to make an informed business decision. Numbers presented are only estimates with assumptions listed in the footnotes and must be updated to match the exact scenario being assessed. The reader is encouraged to ask further questions and use the information presented to build their own model of understanding.

extraktLAB’s equipment is known for having the highest throughput, smallest footprint, lowest energy consumption and most scalable CO2 extraction process in the industry. In fact, customers can scale to process 10 tons of hemp extracted per day in an extremely small area using only a small amount of power. Conversely, it is important for botanical extraction businesses to keep their operation sized for smaller botanical extraction applications. We fully service both industries and small business clients.

extraktLAB provides extraction equipment, engineering, consulting and design services. Our team is standing by to help both experienced and novice producers create and operate manufacturing facilities designed to meet or exceed ISO and GLP/GMP standards.